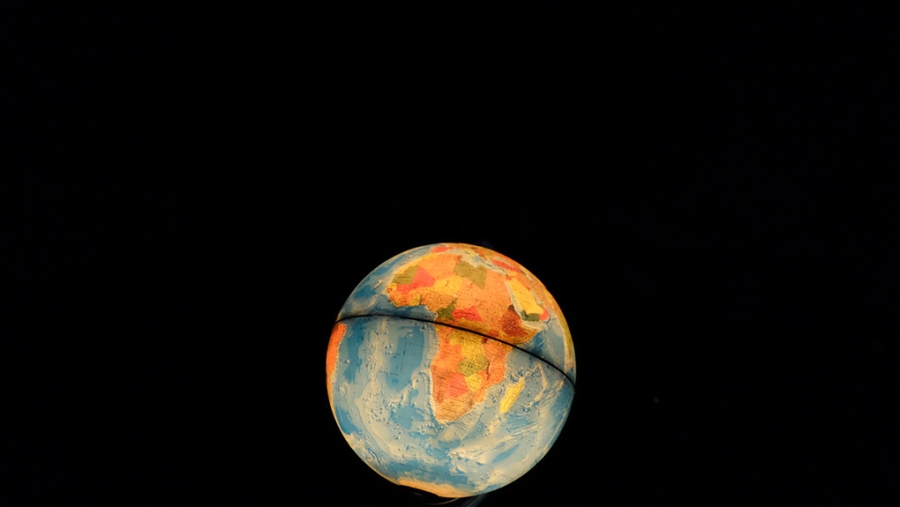 On August 12, 2004, the Northeast power grid collapsed. After the lights came back on, the first question everyone asked was “why did this happen?” Hindsight now provides a reasonable answer: the decision, or more accurately, the indecision of an Ohio power plant operator to stay connected to the grid after his plant failed instead of “shedding load,” an industry term for rationing power during peak usage, had profound and far-reaching consequences for millions of people.

In addition to dramatically and powerfully illustrating our deep and real inter-connectedness, this story also illustrates what happens when total faith and trust are put in technology. This is the reality of the newsphere in which we live. It demands a new, more sophisticated and active awareness, and while it is not necessary to experience the dramatic shock of a power failure to awaken us, it truly is time to pay much more careful and close attention to the effect news, and indeed all the information that we receive and process, has on us, our communities, and ultimately our collective consciousness.

One of the biggest news stories of 2019 is the emergence and activities of student environmental activists lead by Sweden’s Greta Thunberg. Their global climate strikes demonstrate the power of collective awareness to reform even seemingly insurmountable challenges such as the effect of global warming on the planet and its people.

Just as it was difficult for the control room operator in the power plant to really see and appreciate the reality of the situation, our day-to-day lives and the challenges of survival often mask our awareness of our deep and profound inter-connectedness. Perhaps even more importantly, we are often clouded and confused about our power to effect change in our world and how to use that power effectively. This is a fundamental and profound challenge of human existence. The relationship of our internal and external universes (which ideally manifests as our outsides matching our insides and vice versa) is broadly termed Integral Philosophy, and has attracted the time and energy of some of the world’s wisest and most talented philosophers and scientists including Ken Wilber, Henri-Louis Bergson, Alfred North Whitehead, Jean Gebser and of particular note and focus here, the Jesuit mystic and paleontologist Pierre Teilhard de Chardin.

Teilhard (1881–1955), as he is affectionately known, coined the term noosphere to describe the location, structure, and evolution of our collective thoughts and knowledge. He believed the human condition could be improved through participation in the noosphere. He understood the organic unity of this web of thoughts and its beautiful, symmetrical evolution: it’s really quite simple, we move together as we move alone. “The human is not the static center of the world, as was thought for so long,” Teilhard wrote, “but the axis and arrow of evolution—which is much more beautiful.”

Everything was one in Teilhard’s heart and mind, a vision of the world he developed as a young child living amid the rocks and stones of the volcanic peaks of Auvergne, France, and the natural beauty of its forested preserves. He coined the term, “le Tout,” or “the All,” to describe the organic unity of spirit and matter, science and religion, the human and the divine. He used what we all have—heart, hands, and head—to transcend the dualities of human existence, and he then devoted his life to sharing that wisdom with us in profound and often heroic ways. His intimate knowledge of the Earth and of men’s souls was preserved in the charter of the United Nations, among other places, and more than a century since his death, he has a devoted following.

Each day we are challenged to find balance between internal forces—the free will and agency that make you “you” and me “me”—and external forces—the desire for connection and satiation of our “hunger for awareness.” How do we achieve balance in the newsphere? How do we do what Teilhard did and transcend this duality? We move in a new way: We expand our awareness and navigate toward a nonjudgmental dialogue news style. Just as Appalachian Trail (AT) thru-hikers who must ultimately leave the sanguine forest for the highly mediated world, we may need to step away from our daily dose of news to better understand our own relationship to news and information. Jack Magullian is a hiker who fasts from news for months while trekking the AT from Georgia to Maine. “Once you’ve achieved some degree of separation from normal media, your perspective changes,” says Jack, who has logged thousands of miles on the trail.

A news fast is just one way to wake up from the trance that unconscious participation in the newsphere creates. We need to wake up to the illusion of news and look closely at the historical and theoretical forces that precipitated the structural decay of the American news and information structure. From fake press conferences and the churnalism that turns real news into rubbish, to the misuse of power, claims of ‘fake news,’  and our own delusion, the stories we unconsciously consume are often just smoke and mirrors, or worse, deliberate manipulation that includes our own self-deception.

John Dewey, one of America’s most celebrated advocates of democracy, believed that informed citizens didn’t need to know “all the facts of the world,” and instead he recommended possessing a flexible mind and character. Likewise, in his Five Minds for the Future, Howard Gardner outlines the role of discipline, creativity, respect, and ethics, and the skill of synthesizing information in the digital age. Finding good journalism is indeed an art now, and news consumers and producers face both quantitative and qualitative challenges.